Eulogy for the Dojo Bird 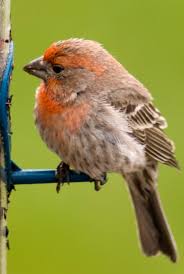 On Saturday mornings I teach two classes, pre-karate for 3-4 year olds, and then a regular karate class for ages 4-6. My normal morning includes a bagel, a cup of coffee, and occasionally some tears. (Usually not my own. The little ones are sometimes moody in the morning.) It does not often involve small animals.

Yesterday, however, I showed up at the dojo to find a small bird, tan with reddish coloring, sitting on our windowsill. It was clearly injured (there were a few drops of blood nearby) but still breathing. While I was sitting there staring at him and wondering what to do, my first kid showed up with his dad. Two more were right behind him. They all, kids and parents alike, gathered around the window with me.

"What's that?"
"It's a bird. He's hurt."
"We should help him."
Those four year olds were right, we should help him! I called my friend who works for the ASPCA who gave me the phone number of an animal rescue place. They told me to put the bird inside a box and place the box in a warm, dark place like a closet. They said they would send someone over to get him.

One of the moms pulled her kid's snack out of a plastic bag and handed it to me.
"Here, you can use this to pick him up."
I dumped some crayons out of a cardboard box and stuffed a few tissues inside. Then I went out to the bird.
All the kids watched while I carefully picked him up and put him inside the box. Thankfully he did not move around or try to get away. (I am a forth degree black belt. I am brave. I pick up dead mice by their tails. I once squished a giant roach. But a bloody bird who attempts to fly out of my hand is likely to make me squeal like James Brown.)

I placed the bird under my desk, near the space heater. All the kids followed, like I was the Pied Piper.
"Is he ok?"
"Is he going to die?"
"Maybe he needs food."
My own daughter wanted to see him so I opened the box a crack and watched her lower lip tremble slightly. "He looks sad."
"Yeah he is a little sad. But the bird people are going to come and help him."

My assistant teacher took a picture of him and ran off to post it on her friend's Facebook page, claiming she "knew a lot about birds." She returned five minutes later with a whole slew of information about finches and forest birds and how you can tell if a bird is male or female. God bless teenagers and their Interweb thingy.

I taught my class. The four year olds went home and the 5-6 year olds showed up. None of them knew about the bird except Maya. The animal people never came. (I am not blaming them. In the grand scheme of NYC animal problems, sick alligators in the sewers, rats the size of horses, horses hit by taxis, my tiny bird was probably the least of their worries.) After class I sat down to finish my coffee and I peeked inside the crayon box.

The tiny bird was no longer breathing.  A small pool of blood had soaked one corner of the tissue and he had rolled over onto his side. He appeared to be sleeping.  That is if birds slept on their sides. Without breathing.

Matthew quietly snuck the box into a garbage bag while I called off Diego and his animal rescue squad. Then we went about our Saturday.

About half an hour later, Maya crawled up into my lap and immediately looked to the empty spot on the floor where the box had been.

"Mommy, where is the bird?"
"He died."
Yup, that's how it goes around here. No sugar coating, no birdy heaven. We are harsh realists in this family. Life is hard.
"Oh."
"He was very hurt. We did our best to help him."
Maya paused, as if considering how sad she wanted to be. Eventually she decided that a small pout was sufficient and went back to drawing.

She never mentioned the bird again. Kids are very resilient. Maya was almost three when our dog DC died and she was perfectly accepting of our explanation that he had "Gone away."

Not me. I was depressed about the loss of DC for weeks and I was sad about that damn bird all day. I could picture his birdy face in my mind, his quivering wings, his eyes like tiny black beads. For Maya, there was a cute bird in the dojo for awhile and then there wasn't. For me, that dojo bird was a stark reminder of the fragility of living things and the randomness of the world around us. Why was he in our window anyway? Why hadn't he landed on a bush in Central Park somewhere, or crawled his way into a sewer? Perhaps he read our sign and thought "A karate school! They can fix me up!" Obviously the window of a veterinarian would have been a better choice.

Adults are melodramatic about death because we know too much. We have no illusions about the life expectancy of an injured bird. We know that someday we too will "go away".

I often wish I could view the world through the eyes of a five year old, a world where everything is simple and solvable. A world where things can be there one minute and gone the next and no further explanation is needed. A world where one moment you are contemplating life's mysteries, and the next you are eating Oreos and stomping across the floor pretending to be a dinosaur.

Here's to you, little dojo bird:
"Good-night, sweet prince; And flights of angels sing thee to thy rest. ”