This past Saturday, when I stepped off the floor after teaching my last kids class, my husband stuck his phone in my face. "Look!" He had just returned from watching a couple of hours of jiu-jitsu at the IBJJF NY Open. Clearly I was supposed to know who this person was, standing next to him and smiling at the camera.
"Um, I'm sorry, who is that again?"
I am sure they could hear his sigh all the way in Canada. "Don't you watch any You Tube videos? That's Marcelo Garcia."
Of course I know who Marcelo Garcia is and I actually do occasionally watch his BJJ videos. But I am usually looking at what his arm is doing. I really have no idea what his face looks like.

To be fair to Mr. Garcia, I really do not know what anyone looks like. Seriously. I live in NYC, a place where plenty of celebrities also reside. Every few months Matthew will suddenly point out the car window and say "Look, its ______!" To which I will inevitably reply, "Where?? I don't see him?" when "he" is in fact crossing the street directly in front of our car. Brad Pitt himself could be sitting next to me on the subway and I swear I would not notice. It's just not my thing.

Later on that afternoon, I made my own appearance at City College to watch some jiu-jitsu, just in time to see a whole slew of female blue belts take the mat. Hooray! It did not take long for a few things to become apparent  Number one, I really need to train more. Number two, I am really really old. (At 37 years old, I am well into the senior division. Not just a little bit, but all the damn way. Which is truly awesome for my self esteem.) Number three, that nice looking man who everyone is following around and asking to take photos with must be somebody.

Yup. That's Renzo Gracie. Didn't know what he looked like in person either but look how happy I am to have met him! (Seriously, it was an honor.)

Still later on this very long Saturday, I was having dinner at my parents house when this conversation ensued:
Me: "I met Renzo Gracie today.
My Dad: Who??

Perhaps this cluelessness is genetic?

The truth is that martial arts celebrities, no matter how big, are really only famous to other martial artists. Case in point, my karate teacher was Shuseki-Shihan William Oliver. Haven't heard of him? That's ok. No one else has either. Unless you did karate any time between 1975 and 1995. Then you not only knew who William Oliver was but you had probably seen him in Fighting Black Kings. Or at Madison Square Garden. Or at some martial arts seminar. Maybe you traveled all the way from Japan just so you could meet the man who did all those amazing flying kicks. And that man, he was my teacher. Wow!

He also happened to be an excellent instructor.

When looking for a place to train, prospective students often fall into the celebrity worship trap. They only want to join the big name schools. This is fine except there are a few other things to consider. First of all, just because a school is named after someone famous does not mean that guy actually teaches any classes there. In fact, when I was coming up through the ranks all I heard about was how rare it was that Shihan Oliver taught all his own classes. Also, just because a guy was a champion fighter does not necessarily mean he is a good teacher. Winning and enabling others to win are two very different skills.

Finally, when it comes to running a school, celebrity will only carry you so far. Shuseki-Shihan Oliver may have been a karate legend but I joined his dojo because it was five blocks from my house. It was only later on that I learned of his fame.  When you have been on top of the martial arts world for so long, it is easy to lose perspective  But that mom with the three wild kids who is looking for a place to reign in their energy has no idea who you are, nor does she care. She just wants someone else to entertain her kids for an hour so she can go chug a latte.

All that being said, something tells me Renzo Gracie is probably a pretty good teacher.

I spent about three hours at the IBJJF tournament, and Mr. Gracie must have been stopped every five minutes to shake someone's hand or pose for a photo. He was super nice to everyone.  At one point he went off into the corner by the bleachers to chat with Marcelo Garcia (!) and they drew more of a crowd than any of the matches that were happening on the mats. Were they exchanging BJJ secrets? Wishing each others teams luck?

They were probably just talking about Game of Thrones.
(Still on your DVR? Don't worry, no spoilers here.)

"Hey, aren't you that MAMA girl? The one who writes that amazing blog? Can you please smile at my IPhone so I can post it on Facebook later and brag about meeting you?"

Being a celebrity is exhausting. 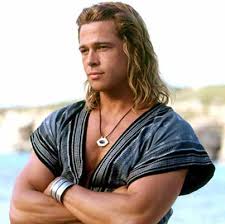