September 25, 2012
I am an extremely coordinated clumsy person. I can remember 54 move katas. Sometimes I can even execute said katas with incredible power and grace. It is not unheard of for me to do an hour of jiu-jitsu in the afternoon followed by an hour of karate and 45 minutes of sparring in the evening, all without a single injury. Then I trip over my feet while crossing the street and my knee hurts for days.  I frequently bump my head on the corners of the cabinet doors in my kitchen (doors which no one ever remembers to close) and once, while climbing nimbly out of the front seat,  I actually closed the car door on my face. (Matthew was kind enough to not laugh at me, although it clearly took extreme effort.)

Also, occasionally I wake up in the morning in pain and I have no idea what happened. Perhaps I am Batman? Perhaps while part of me is sleeping, another part is out fighting crime on the streets of Brooklyn?

Last night, while in blissful slumber, I somehow injured my back. Like really injured it. The kind of thing where I have to stand up slowly, with one hand on my lower back like I am someone's ninety year old grandmother. Also my neck hurts. As if I slept on a rock pile. Seriously, who did I fight off in my sleep? Did someone break in to the house? Was I in the Octagon? Did I win?

There is nothing more frustrating to me than the mystery injury. At least when an armbar goes too far I know why my elbow hurts for a week. The pretty bruise on my shin has someone's name on it. (It was you, Adri. Nice kick, by the way!) But this? This sucks balls.

At least the good citizens of Gotham City were helpful this morning. My sweet, caring daughter rubbed my back for me. (And dressed herself and put on her own shoes and did a whole bunch of other things that made me marvel over how damn big she is now. Which choked me up a bit. Yes I am a mommy cliche. It's ok because I am also Batman.) Then I got a seat on the subway. (I even managed to stand up from that seat without blurting out a string of Tourettes-like obscenities.) Then not one, but two nice men helped me drag open the gates to the dojo. (We are getting new ones soon. Electric ones. My back and shoulders cannot wait!)

It is 11am. In half an hour I will be singing and dancing with a couple of three year olds. But it's ok. I have a pretty high pain tolerance and a stubborness that rivals any toddler. As long as there is no "Head, shoulders, knees and toes" on the lesson plan, I will be fine. (This is why I am my own boss. Today we are learning yoga. Corpse pose, all day baby!)

For now I am sitting in my favorite coffee shop, finishing my Tuesday bagel and coffee combo. The sky is blue, the sun is shining. It is a perfect fall day. Now for the standing up part... 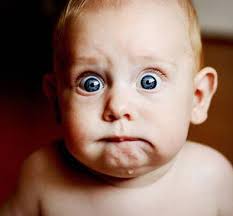