July 11, 2014
When I was a young pre-teen in the 1980's, I desperately wanted to attend Space Camp. Not because I was a science buff but because I wanted to be Catherine (Lea Thompson), a tough but beautiful gal who not only gets to fly the space shuttle home after it "accidentally" gets launched into space, but also gets the cute but obnoxious guy with the bad teeth. Confused? Then you never saw Space Camp. 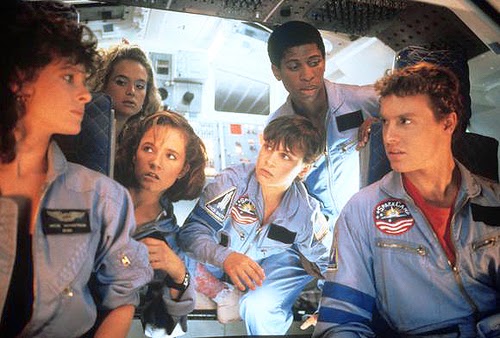 What brilliance! What genius! This movie had it all. Romance. Adventure. An unfulfilled dream. The ditsy blond who ends up actually being smart. The token black guy. The little boy who feels left out and bullied but eventually finds his place in the world. A talking robot friend. Outer space! Danger!

In a very dramatic moment towards the end of the movie, when Lea Thompson's character is struggling to keep the joystick thingy steady so the shuttle can re-enter Earth's atmosphere without burning up, they experience a "communications blackout". Suddenly, Mission Control can no longer talk to the shuttle! The camera switches away from the anxious teenagers inside, to the anxious dudes at NASA who are waiting to hear if the shuttle made it. "Atlantis, this is Control, do you copy? Atlantis, this is Control, do you copy?"

"Copy that Control, this is Atlantis!"
Sigh.
Good job Catherine.

So there you go.

This Monday, we begin summer camp at the dojo; an annual ritual for us that includes twice daily karate classes, sports and water fights in the park, cute art projects like homemade backpacks and rubber band bracelets, and exciting activities like board breaking and indoor ball games. (Dodgeball. No matter how many choices I offer them, they always pick dodgeball.) July is the only part of the year where I have a "real job": 9-3, Monday - Friday, followed by my normal afternoon classes.

I do not write anything during these two weeks. I do not do much in the way of training. I am terribly anti-social. I plan activities and I sleep. When I remember, I eat stuff.

Here are Adri and I at the end of last years summer's camp: 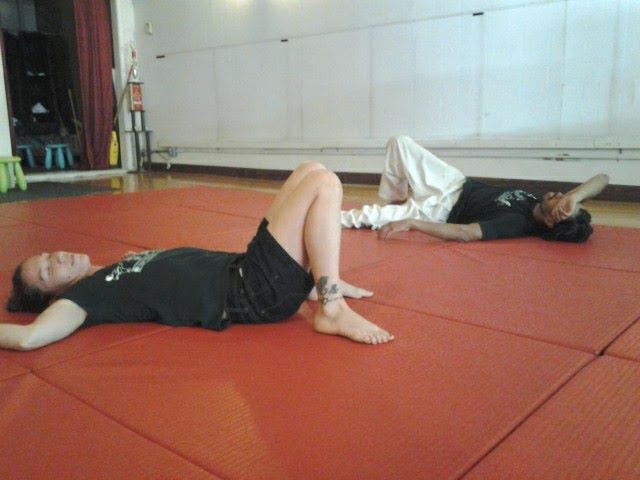 It is not a set shot, we really were that exhausted.

Of course this year will be different. We have less kids for one. And, for the first time ever, the dojo has air conditioning.


Last year, during the second week of camp, NYC had a heat wave. It was 102 degrees outside. I am not exaggerating, go Google it if you don't believe me. It was 102 degrees outside, which meant it was 101 in the dojo. (Fans, We had fans.) Matthew filled a bucket with ice water and some towels and the kids walked around with their heads wrapped like the dojo was the trauma center in some old war movie. We stuck an AC in the women's changing room, threw some Legos in there, and called it the "cool room".

Camp was a huge success anyway. The kids had a fantastic time. I was the only one who was completely stressed out, constantly chasing them around with cups of water: "DRINK this! Drink it or you'll DIE!!".

Barring an accidental space shuttle launch, I predict this year's camp will be a bit easier.

Still, do not expect much from me for the rest of the month, except a few half-assed Facebook posts and the occasional photo of some cute kids grappling.

You can do it Catherine!